About the UWC National Committee of Canada

The UWC National Committee of Canada (NCC) is a volunteer-powered organization responsible for the recruitment and selection of Canadian students wanting to attend UWC, including, but not limited to, Pearson College UWC in British Columbia. The NCC provides support and guidance to the Regional Chapters in Canada's provinces and territories who conduct selection across the country.  The NCC serves as a hub to provide support to UWC students and their families while attending UWC and is a growing network for UWC alumni from and in Canada.

The UWC National Committee of Canada exists to seek out, engage, and support the people who make up the UWC community in and from Canada. We articulate and make relevant the UWC mission and values in the Canadian context.

Are you interested in becoming a director on the Board of the UWC NCC?

As a UWC National Committee, we are committed to deliberate diversity and therefore aim to select Directors as diverse as the students and alumni we serve. Our goal is to create an inclusive culture that gives voice to the wide variety of perspectives across Canada. To do this, we encourage a wide range of candidates to apply, including people from traditionally underrepresented backgrounds. We encourage you to first volunteer with the UWC National Committee of Canada in any area (fundraising, selections, nominations, partnerships, etc) and apply to be on the Board after a consistent annual year of volunteer support.

We will consider your application in a manner that is as respectful and as free from bias as possible as we pursue the best available people who are experienced, qualified and incredible human beings who have the time and energy to commit to leading the UWC National Committee of Canada sustainably into the future. To apply, email your resume and cover letter to: executivedirector@ca.uwc.org

Our People: Current Directors of the UWC National Committee of Canada

Gurveen graduated from UWC in India in 2009. She has been a part of the NCC Fundraising Committee and has participated in UWC selections. Gurveen currently works as a Business Operations Lead at Shopify where she provides strategic and operational guidance. She graduated from Harvard University with a Master in Public Policy. Prior to Harvard, Gurveen spent 4 years working in federal politics. She worked on Justin Trudeau's policy team, and then served as Director of Policy to Marc Garneau, the Minister of Transport. Gurveen also has experience in the private sector in marketing and entrepreneurship. Gurveen has a BA in Government from Dartmouth College.

Davina is a graduate of Pearson College. She has over 15 years of marketing and communications professional experience. She currently works for the University of Toronto and holds a Chartered Marketer designation. Davina is the Chair of the Promotions & Partnership Committee. In addition to volunteering with the UWC Movement, Davina's passion for helping young adults also motivates her to volunteer as mentor locally in Toronto and internationally.

Bradley is the Board Chair of the UWC NCC.  He is a governance professional, strategic advisor and coach to regulatory boards and leaders throughout Canada.  Prior to founding The Regulator’s Practice, Bradley served as Chief Officer, Strategy and Governance for the BC College of Nurses and Midwives where he led two amalgamations and built an inclusive, mandate-centered governance framework. Bradley served as the chief of staff to the Alberta Attorney General and the Alberta Minister of Municipal Affairs and Housing. He obtained his JD from the University of Calgary, and his BA Economics from McGill University and his executive coaching certification from Hudson Institute of Coaching. Bradley is a proud alumnus UWC-USA.

Janis spent 11 years conducting UWC selection in Ontario and is a Project Manager with U of T’s Planning, Design and Construction Department.  He is an alumnus of Pearson College.  Janis is the co-Chair of the Selection and Nomination Committee. He is also a member of the Promotions & Partnerships Committee and the Fundraising Committee with the NCC. Janis is also volunteering as a selector with the Global Selections Program Pilot with the International Office.

Previously the Chair of the Alberta Selection Committee, Paul is co-Chair of the Selection and Nomination Committee. He currently resides in Toronto, and is the Manager, Funding Policy and System Planning at the Ontario Ministry of Education. Paul graduated from UWC-USA.

Jamie is a graduate of UWC-USA.  She is a macroeconomist currently working as a senior advisor with PSP Investments, one of Canada’s largest pension investors.  She has previous career experience as an economist at Bombardier Aerospace, and the Department of Finance Canada. Her not-for-profit board experience includes the Canadian Association for Business Economists.  Jamie’s fundraising experience with an intergenerational community food hub in Montreal will come in handy as she Chairs the Fundraising Committee of the NCC she also serves on the Governance Committee.

Duncan graduated from Pearson College in 1994.  He is the co-founder and principal of a small consulting firm that specializes in helping local governments develop effective climate change policies.  He has been active in BC selections for many years, and has served on the nominations committee for the past two years prior to joining the board of the NCC. He has served on the board for a number of small community organizations, including a french-language preschool, a minor hockey association, and a car-sharing cooperative. Duncan is the Chair of the Governance Committee.

After many years of working within post-secondary student recruitment and admissions sectors for public Universities across Canada (University of Alberta (North and Augustana Campuses); Acadia University, Brock University and Simon Fraser University), Lyndsay has joined the UWC National Committee of Canada after also spending three years living and working for UWC ISAK Japan as their Director of Admissions and Co-Director of University Advising, Advisor, Volleyball Coach, and more. Knowing the ins and outs of the student experience entering the UWC movement and their next steps in education upon graduation from UWC, Lyndsay has a passion for student support, and is inspired by the strength of the UWC movement and the NC system within it, made up of the exceptional alumni and their engagement and connection that lasts a lifetime. 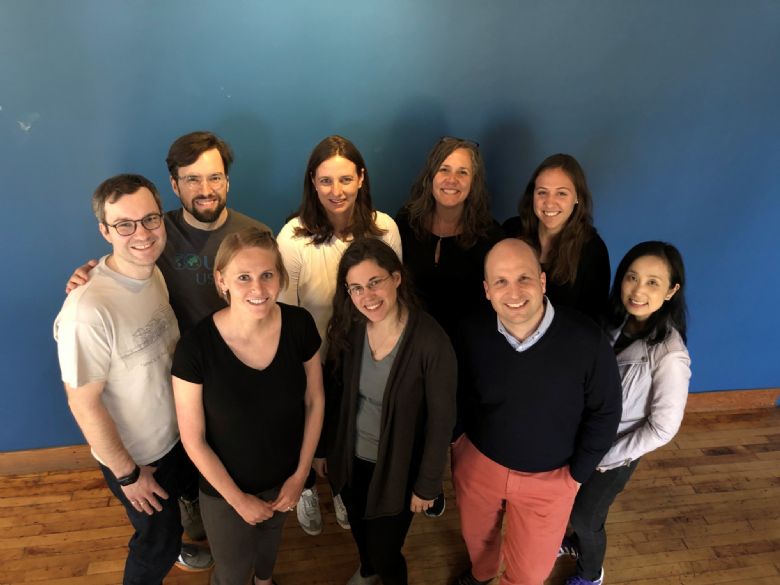